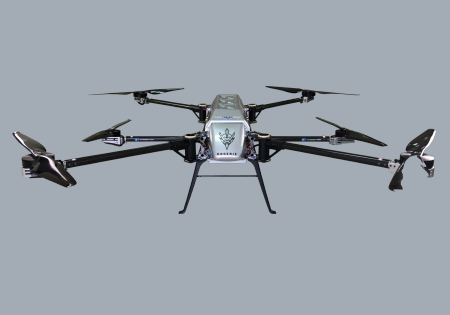 The Hydrogen powered system has highly energy density with great power efficiency. It is no
environment pollution as well. PHOENIX as a tomorrow’s drone with advancement in autonomous
software, payload capabilities, data transmission and technology, PHOENIX will fly longer and further
than ever before.
A longer flight time is possible with PHOENIX Hydrogen fuel cell drone since its energy density is higher than battery. Moreover its performance is optimized using ultralight stack, charging is convenient and durability is high due to long lifespan of SPECTRONIK powerpack.The world’s first light weighted
Hydrogen fuel cell system used on drones for commercial use